Not that I haven't been doing anything. I have been busy lah, people. Ceh! I've been over-using the word "busy", and I think it's losing its power. Its strength. Its credibility. So much so that when I say "I'm busy", people go like "Pfft!! What else is new?" Arr haa haaa!

Tapi seriously, memang busy nak2 pulak lepas raya ni. Dah bukak sekolah balik and what not. And at this stage of my life, touching mid-40s, I am having lots of health issues. Mainly hormonal. Aches and pains, gas and winds, worries and fears, you know what I mean....

Getting up in the morning is a real, legitimate pain, I'm telling you. It's like... celik-celik mata and wham! Anxiety kicks in. No warning. No need reason. Just, aku nak datang, aku datang! Haaa gitu. And there is always some pain, somewhere. Pinggang today, perut tomorrow, kepala the next. I mean, I can't really be THAT old!? Deal with this every day and I bet you, depression is going to kick in, sooner or later. Blaarghh! Here we go again.

Other than mengadu on whatsapp kepada teman2 sekapal, I do the next best thing that occupies me and keep my mind off things I want to keep my mind off of. Things that mess with my brain cells and synapses.

I make things. I bask and revel (mostly in my head) in the glorious feeling of having made something with love and passion and a dose of inadvertent perfectionism. (Read: OCD)

First up, I made a tablecloth for my dining table. My 2nd diy tablecloth since we bought the table. Terpaksa jahit sendiri because you know why? Alas meja untuk meja 8-10 orang (6' x 10') sangat lah susah nak cari. Setakat ni belum jumpa lagi jual kat mana2 kedai yang I pegi. Maybe ada jual kat some specific shop but I'm not one who would take the trouble to hunt something sampai ke lubang cacing. Since I can make it myself, jahit je lah.

1. I use cotton linen. Kain linen is heavy-weight. Having to deal with 12 kaki of linen as you sew is no easy feat, hokay? To begin with, I have always hated bulky projects. Urgh!

3. Bucu. Mitered corners. Harder than they look. But now I know how to make them nice and sharp! Win!

Having said all the above, here's my baby... 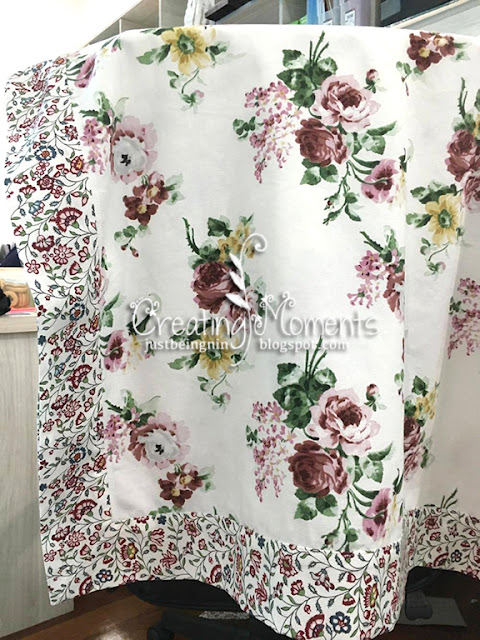 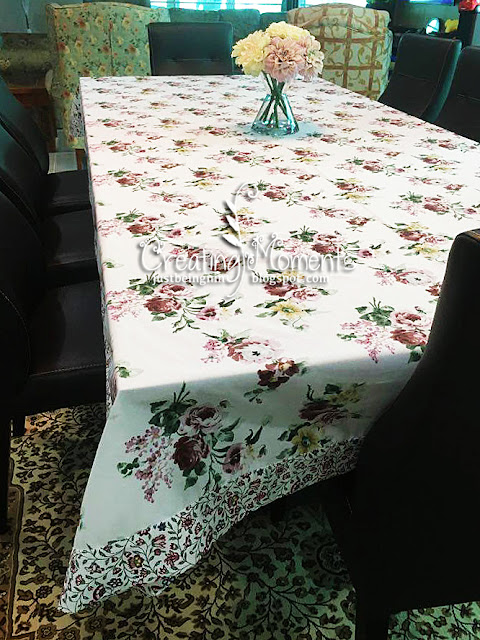 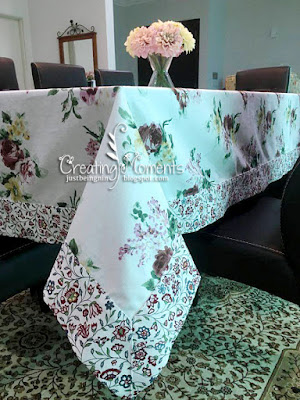 Took me 3 days to finish this. Pelan-pelan buat, hati-hati potong semua to minimize mistake. I didn't want to make a mistake and have to bukak balik semua jahitan, oh tidaakk!

When I'd finished with that one, I had enough leftover fabric (and then some) to make this tote bag. 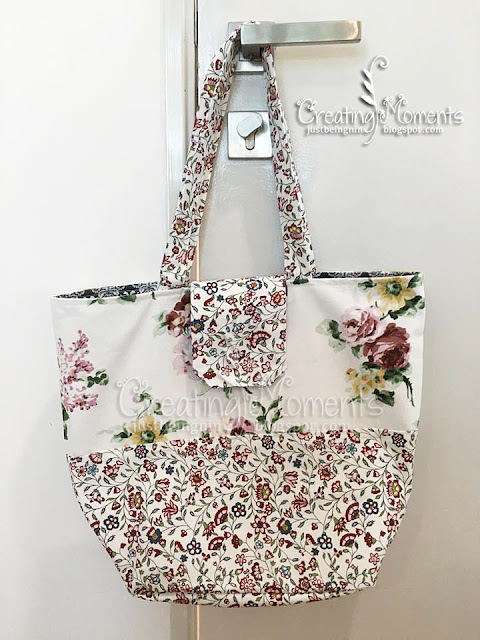 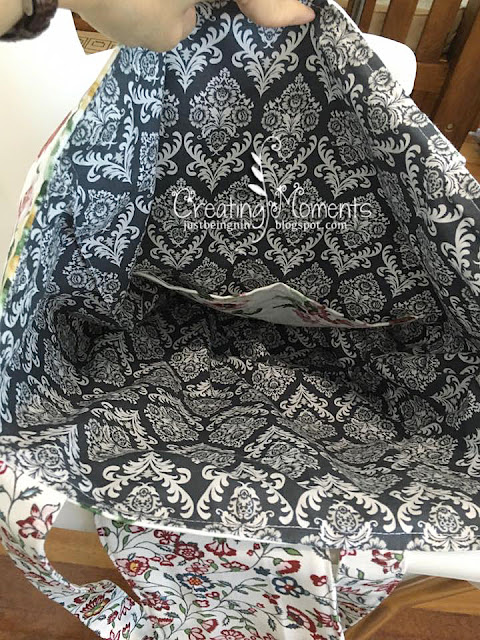 But that would be another project for another time.

Thanks for visiting and leaving your comments. Apologies, if I am slow to reciprocate but I will, insyaAllah ^_^ 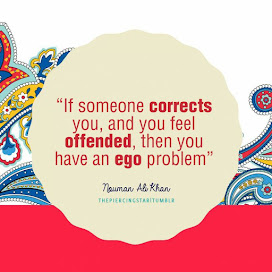